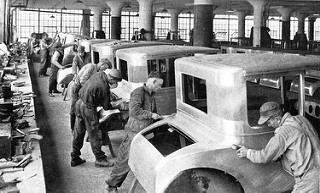 My Father-in-Law received a new weather station for Christmas. He was excited. It could track wind speed, indoor and outdoor humidity and more.

He liked that it had an app because he could see weather stats at his house from anywhere.

He’d been having issues all day. He would login and the screen would spin and spin. Then an error message would pop up with HTML and server messages. After trying on and off all afternoon, he was beyond frustrated.

He asked if I could take a look as soon as we arrived for Christmas dinner. After deleting the app and reinstalling it, same error.

I checked the App Store reviews and this issue had been going on for months!

The developers would occasionally respond to a nasty review, repeatedly stating they were “working” to scale up for the volume of users they’d received.

Admitting their servers weren’t built to match the number of customers using them, I had a question.

Why build an app without considering your expected sales volume?

You knew how many units you made and the maximum number of users you “might” have. Not believing the holiday season would create a spike suggests you don’t believe in your own product.

As new customers unwrap your weather station and dive into your server farm, all you’ve delivered is disappointment when you had an opportunity to delight.

When sales and IT don’t coordinate, your customers lose.

If customers have been repeatedly telling you they’ve been unable to login since October, you’ve got the wrong team for the job, fixing the wrong problems.

Did management not bring the same plan to all of the teams? Sounds like wishful thinking and hoping for an IT miracle they were never built to perform.

To me this suggests a “monitoring” feature like this shouldn’t be on the market for a high-end weather station without knowing you’re prepared for the sales you hoped for.

Otherwise your receiving and accounting departments will have the biggest holiday role of all. Taking back and writing off all the returns over an app’s status screen.

Believe customers will buy what you’ve planned for.

Scale your systems to prepare for “What if we sell them all?” Support the teams on the front line interacting with your customers.

Most importantly, believe in your product and deliver the features you promote.